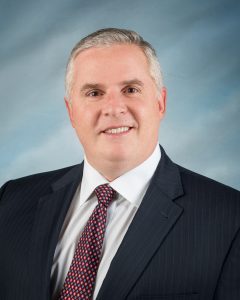 Craig has been General Manager/Chief Operating Officer of the Country Club of Detroit since 2013. Under Craig’s leadership, CCD chose to lead and invest in the future of the Club despite of the unique challenges with the onset of the COVID-19 pandemic. During the pandemic, Country Club of Detroit did not miss a single day serving its members despite that Detroit was one of the hardest hit cities. The Club offered carry out, Home Meal Replacement where members could purchase a heated, family-style offering, and a curbside Market was set-up so members were able to secure difficult items such as cleaning products and hand sanitizer.  His forward and innovative thinking helped deliver high level services to his members while maintaining a steady and positive cash flow.

Craig holds a BS degree in Telecommunications and BA degree in Philosophy from Michigan State University.  Craig is the first Award recipient to have received two Excellence in Club Management®Awards. In 2008, Craig was The Rising Star Award recipient when he was the Assistant Manager at the Detroit Athletic Club. Craig and his wife Joan have three children, Grace, Collin and Landen.